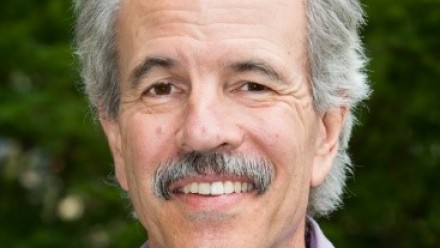 » Study » Student profiles » Living in the moment for 20 years: a psychology graduate’s journey

Living in the moment for 20 years: a psychology graduate’s journey 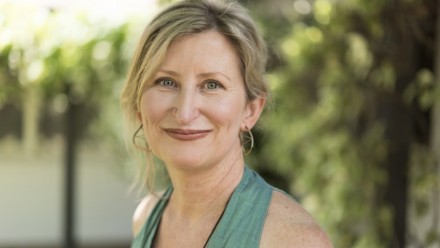 Alison Christie spent a year meditating at a Buddhist monastery so that you don’t have to.

“I was about 30 and just really unhappy,” she remembers.

She had been working as a TV producer in Europe, including in the Eastern bloc in the early 1990s (“There was a telex machine to communicate with Russia”), and travelling the world for Lonely Planet.  But experience for its own sake eventually lost its appeal.

“Back in Australia, I went to a Buddhist monastery in the Hawkesbury for a weekend retreat, but then I realised I could live there. I could start again and learn to look at everything differently. So I stayed for a year.”

“There was an hour of meditation at 6am, and again at 6pm, no electricity, composting toilets,” she says, trailing off in bemused wonder at the 20 year-old memory.

“I can’t believe that I did that!” she laughs. “It didn’t solve all my problems, but it did make me interested in mindfulness.”

Which is why she’s here, sitting in a coffee shop at ANU, about to hand in her thesis for her Doctor of Philosophy in Clinical Psychology, the end of a journey which started on a cushion on the floor of a monastery 20 years ago.

We are at an outside table under the trees and the spring breeze is floating blossoms down onto our shoulders and into our coffee cups.

“I feel like I’m in the warm snow,” she says, just like someone who has spent a year meditating, and so knows how to appreciate the moment.

But actually, Dr Christie says, you don’t need to go to a monastery to be mindful.

“When people think of mindfulness they think of meditation. Sitting down, focusing on their breath, being in the present moment, without trying to change it, that’s practicing mindfulness.

“But that’s not the aim of mindfulness practice. It is practice because it’s about helping us to remember to bring those qualities into daily life.

“You can drink your next sip of coffee mindfully, and then you can go back to normal mode,” she says, sipping her coffee, mindfully.

“There’s nothing wrong with normal mode. But choosing moments of mindfulness allows us to pause and check-in with what’s going on. This space allows us to choose freely what we want to do and how we do it.”

Dr Christie’s research is about that pause and how it not only helps you appreciate your cup of coffee, but can actually help you be nothing less than the person you want to be.

“It’s about the connection between being mindful and being authentic, or living according to your values,” she explains.

She conducted a study which found you can turbo-charge the already positive effects of practicing mindfulness if you combine it with clarifying and living your values.

“We taught participants how to identify their values, which are your heart’s deepest desires for how you want to behave as a human being. For example compassionate, adventurous, respectful, fun, curious, and so on.

“Then we encouraged them to check into the present moment at various times in their day and then make a choice about how they want to be in whatever situation they were in at the time.

“They could say, ‘Can I pause? Can I see what’s going on and then consciously choose to act according to my values?’ And as a result, a lot of people were able to get over some pretty big hurdles that they were struggling with.

“For example, one participant would get home from work, tired and stressed, and he’d walk in the door and his kids would immediately be up in his face.

“Coming in the door, he’d take a moment to stop, breathe, and say, ‘What kind of father do I want to be? What are my values? I want to be patient, I want to communicate clearly, I want to be kind.’

“Everyone can work their mindfulness muscle, you just need a memory trigger to exercise it. The door handle was that trigger. The kids come charging, and now his first act can be something loving.”

The result of her study was that participants felt they were living more authentically—a kind of opposite to living on autopilot—and were consequently happier.

“The correlation between living your values and your wellbeing is so strong, you almost think it’s the same thing,” Dr Christie explains. “People who are happy are usually consciously acting in line with their values, and living a life they’re proud of.”

And is she living a life she’s proud of, as she goes on to private practice and some teaching at ANU?

“I try to imagine what my tombstone might say in the end: ‘Here lies Alison. She was a loving, fun mother, wife and friend. She was compassionate. She was present.’

And then she takes a sip of coffee, mindfully, amidst the confetti of floating blossoms. 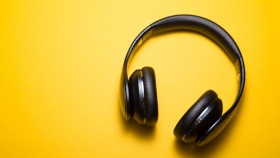 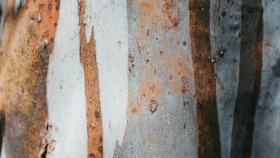