Seeing the world through the eyes of a preschooler Have you ever wanted to be a fly on the wall and examine what preschoolers really get up to during the day?

ANU clinical child psychologist Dr Dave Pasalich has had the unique privilege of observing children's every move as they interact with their peers and navigate the ups and downs of preschool life, in a special five-part TV documentary series called The Secret Life of 4 Year Olds.

The series was set in a makeshift childcare centre that was rigged with 26 cameras to capture every moment in the classroom and playground. The 10 four-year-olds and 10 five-year-olds who attended the centre wore microphones giving the child psychology experts unprecedented access into the children's conversations. Teachers and chaperones ensured the comfort of the children, while their parents were able to be on site.

Dr Pasalich, from the ANU Research School of Psychology, and developmental psychologist Dr Caroline Moul from the University of Sydney, followed the progress of the preschoolers as they made friends, resolved conflicts and participated in different activities that the two experts consulted on.

"We went in with the approach that we were being curious scientists, reflecting on preschoolers' behaviour in light of their developmental skills and challenges," Dr Pasalich says.

"Our approach was to try and understand the children's behaviour from their perspective and from what we know about development at this age."

The series was filmed over four weeks, and then at the end, the experts were interviewed about their observations. These interviews, and their spontaneous observational comments as they watched the children, were then intertwined throughout the series.

"I liked the idea that child psychology could be put on a network that could reach a very broad audience. Because as a scientist, one of the main aims is to reach as many people as we can with the science and this is a great opportunity to do that within the context of people sitting back, relaxing in the living room with a family watching a show that's really enjoyable."

"So for instance their joy in winning and making a new friend, or their pain at feeling left out, or their fear of not fitting in, or their guilt after lying. We keep on feeling these emotions as we grow, it's just that we're expected to learn how to manage and express them more appropriately," he says.

So what else did he observe? That young children actually can, even at pre-school age, work out difficult problems when left to themselves.

"I think as parents, as teachers, we often want to quickly step in and fix things for kids particularly when there's a conflict.

"But these children really demonstrated that they can actually mediate a lot of things by themselves and that process of them trying to work it out for themselves is actually really important for their development.

During the course of the taping, he says they also observed the children using white lies, especially at times when they wanted to be polite and show empathy.

"We saw all different types of lies, including well-intended ones, so once again it shows you even at the age of 4 and 5, how complex these kids' behaviour really is."

The children also showed a lot of compassion and a willingness to help each other out despite being age-appropriately egotistic at times.

Dr Pasalich said they also placed a high importance on the significance of play to explore various relationship issues within their day-to-day lives such as the anxiety of separating from a parent. They would also use play to explore their curiosity about grown up roles such as being a doctor or a businesswoman.

"We could definitely observe differences in empathy, in extraversion, in levels of inquisitiveness and curiosity. We did often wonder if that child would really be a palaeontologist, and there was another child who said when he was grown up he would be a ninja - I'm not too sure what to make out of that. But you do wonder in 20 years' time, where will this child be based on what we understand of them now?" 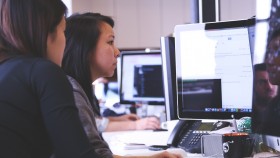 Muddling through misinformation and myths » 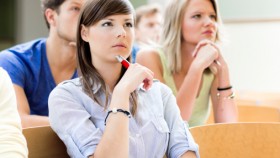