» News & events » News » Misinformation spread by the tricks of our brains

Misinformation spread by the tricks of our brains The brain can be untrustworthy when it comes to deciphering fake news, and especially when headlines are repeated, presented with photos, or generally easy to imagine, experts from The Australia National University (ANU) have found.

Their findings are outlined in a new open-access eBook The Psychology of Fake News, which analyses the psychological factors that lead us to believe and share misinformation and conspiracy theories and possible interventions to correct false beliefs and reduce the spread.

Co-editor Dr Eryn Newman, from the ANU College of Health and Medicine, and contributing author Professor Robert Ackland, found we are vulnerable to biases when consuming news and that social networks facilitate fake news dissemination.

"Stock photos in the media may not only bias people's assessments of truth but also lead to an inflated feeling of knowledge or memory about a claim they encounter," Dr Newman said.

"In our research we have found that people mostly conclude that decorative photos help them understand a claim, or don't influence their perceptions of truth. Only 10 per cent said they thought a photo added credibility. That is, the influence of photos is rather insidious.

"While people may be confident in their ability to discern fact from fiction, truth from lies, and real from fake, looking at broader research on eyewitness memory and lie detection we know that detecting truth is fallible and vulnerable to biases we are often unaware of."

Even satirical websites such as The Onion or The Borowitz Report can be mistaken for real news.

"What's concerning is if people miss the satire, decorative photos and other variables such as repetition likely encourage false beliefs for stories that are entertainment, not facts," Dr Newman said.

"Social media has led to essentially anybody becoming an authority on news distribution, with little fact-checking occurring," he said.

"Related to this is the phenomenon of 'filter bubbles' where algorithms used by social media companies select new content for users based on their previous engagement with content.

"This reinforces information consumption patterns and it being less likely users are exposed to new information."

Dr Newman's book, co-edited by Professor Rainer Greifeneder, Dr Mariela Jaffé, and Professor Norbert Schwarz, is available to the public, open-access, supported by the Swiss National Science Foundation and can be accessed here. 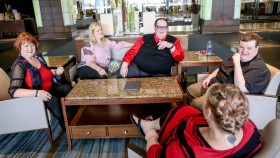 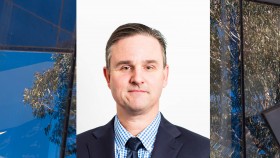 ANU appoints Director of the new School of Medicine and Psychology »